roberto filoseta
music // sound // visual // concept // performance
music-theatre
Sadhaka (2001)
for sound sculptures and electroacoustic part
Approx. 17 minutes
Composed for the sonorous sculptures of Derek Shiel, played live over an electroacoustic part. The piece was the prize-winner in the 'Sculpted Sound Composer Competition' organised by The Estorick Collection of Modern Italian Art, a London-based Museum and Art Gallery specialising in Futurism, in which the sculptures were exhibited in connection to Luigi Russolo’s Art of Noise. Sadhaka was premièred at the Lilian Baylis Theatre, Sadler's Wells, London. Subsequently, the work received two further performances: one at the Robin Howard Dance Theatre at The Place, London; and another at Gallery Oldham, Manchester.
In this work the problematic relationship between the ‘live’ performer and the electroacoustic (fixed) part, an issue that has generated much discussion in the literature on electroacoustic music, is addressed in a most direct manner through a choreographed mode of musical performance which emphasises the ‘live’ action by making the causal relationship between gesture and sound conspicuous — musical gestures become physical gestures and vice versa. This concept is then further elaborated through an interplay between ‘real’ and ‘apparent’ causal relationships, a strategy aimed at blurring the distinction between the ‘geste effecteur’ and the ‘geste figuré’, i.e. between the functional and the symbolic component of the gesture (Delande, 1988). By organising the performer's movement on the same level as other musical parameters, and by establishing an elaborate web of relationships between musical gestures and physical gestures, Sadhaka could be seen as a project about re-finding a place for the body, for physicality in electroacoustic music.
Reference: Delande, Françoise, 1988, ‘Le Geste, Outil d’Analyse: Quelques Einsegnements d’une Recherche sur la Gestique de Glenn Gould’, Analyse Musicale, 1er trimestre, 1988 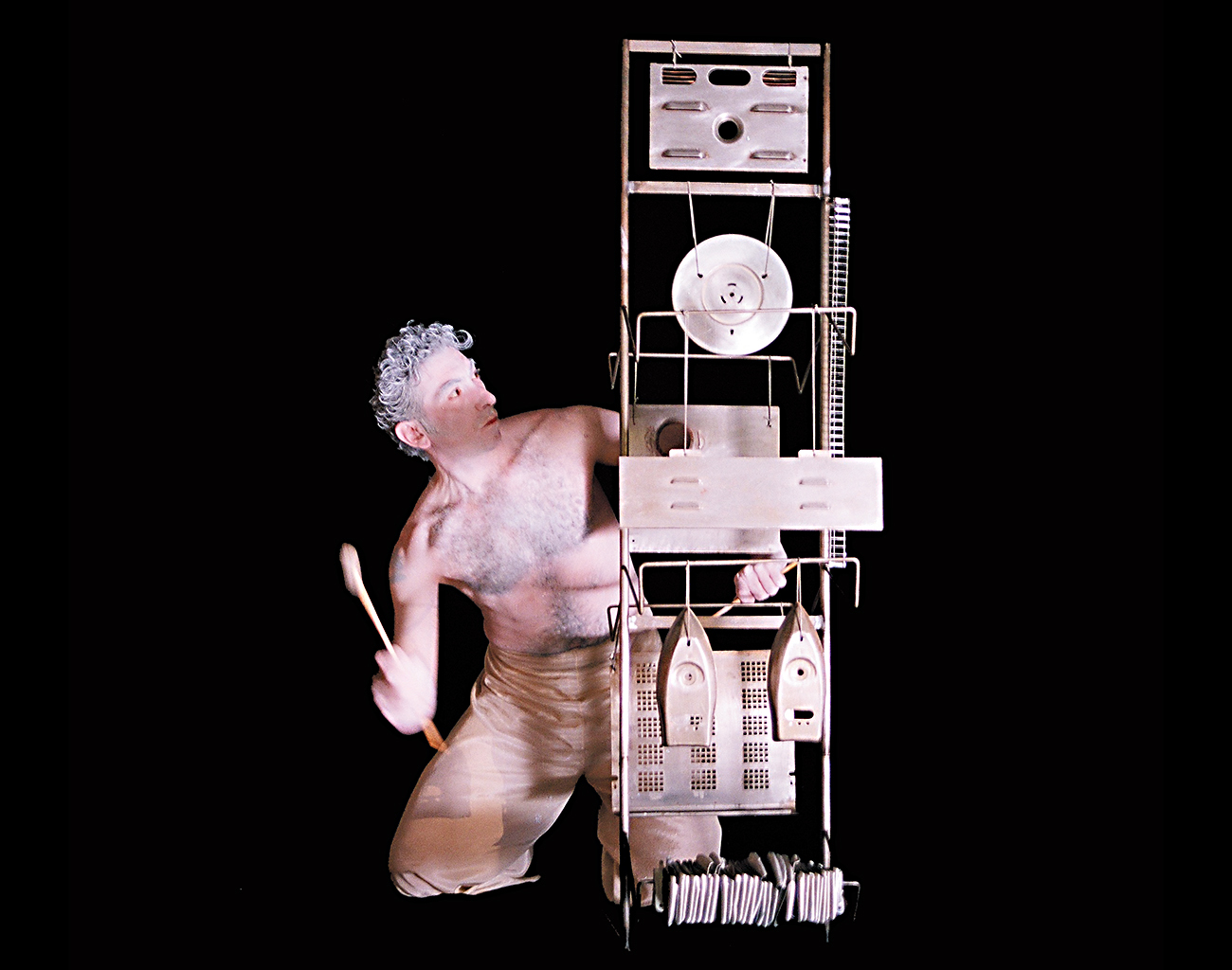 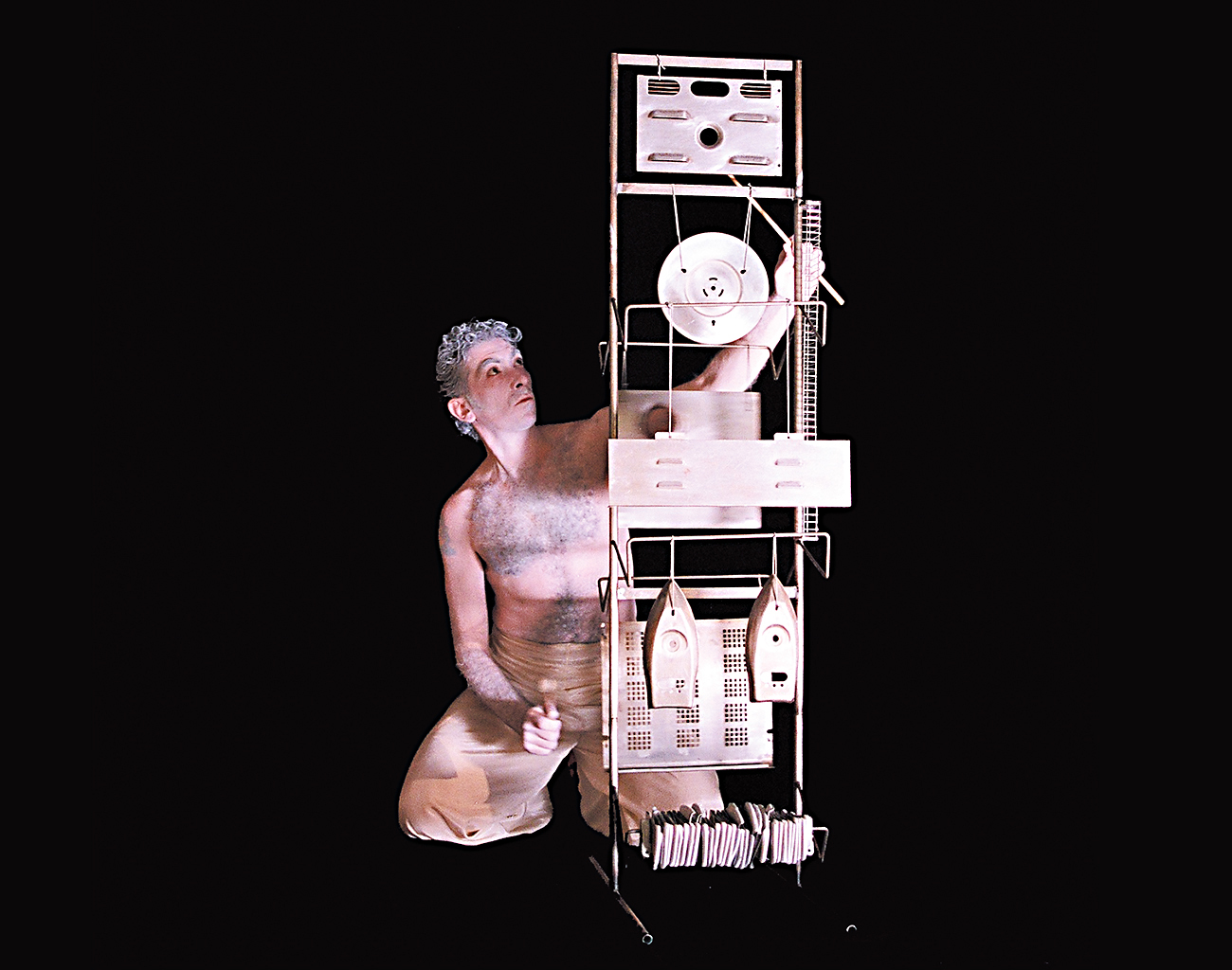 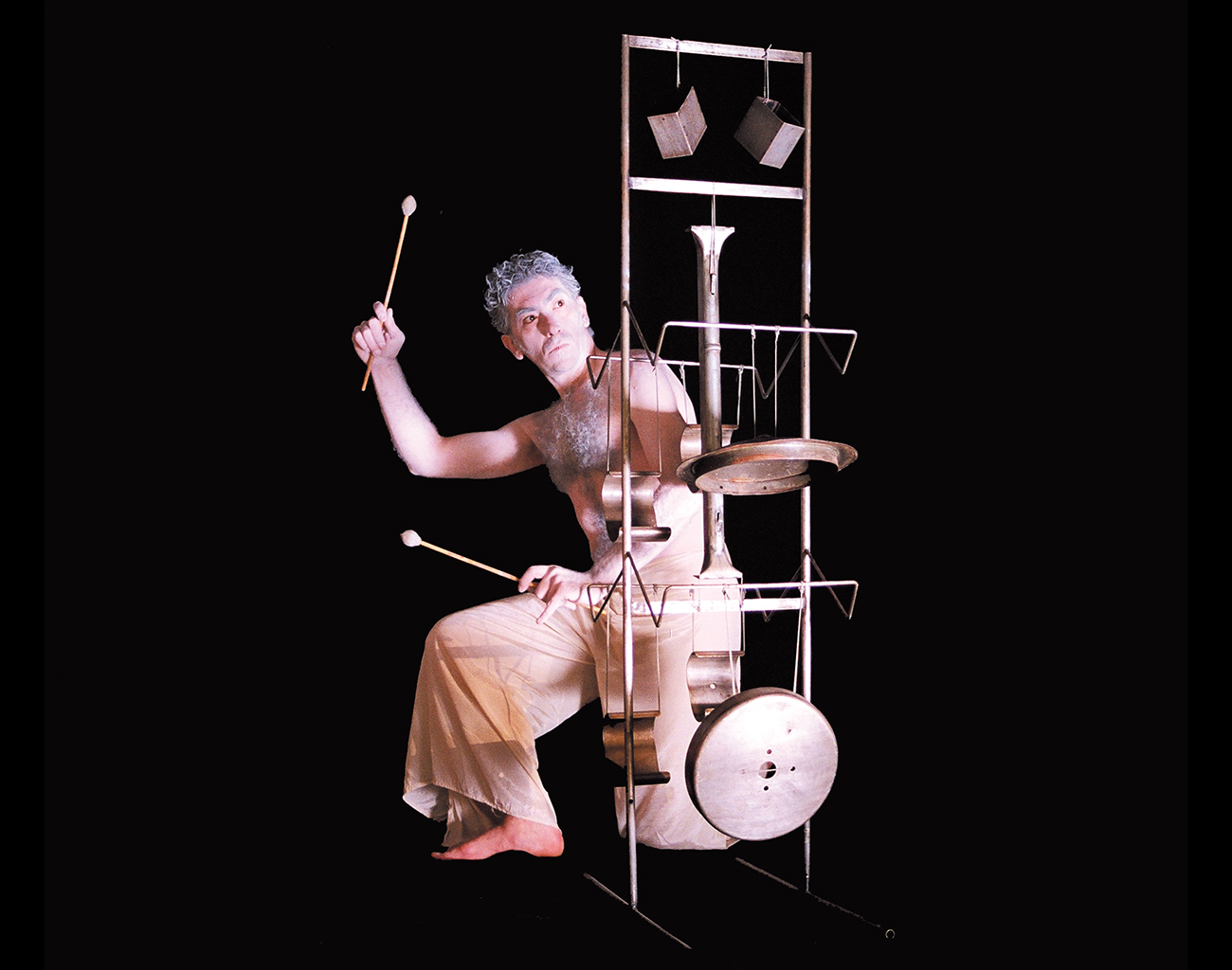 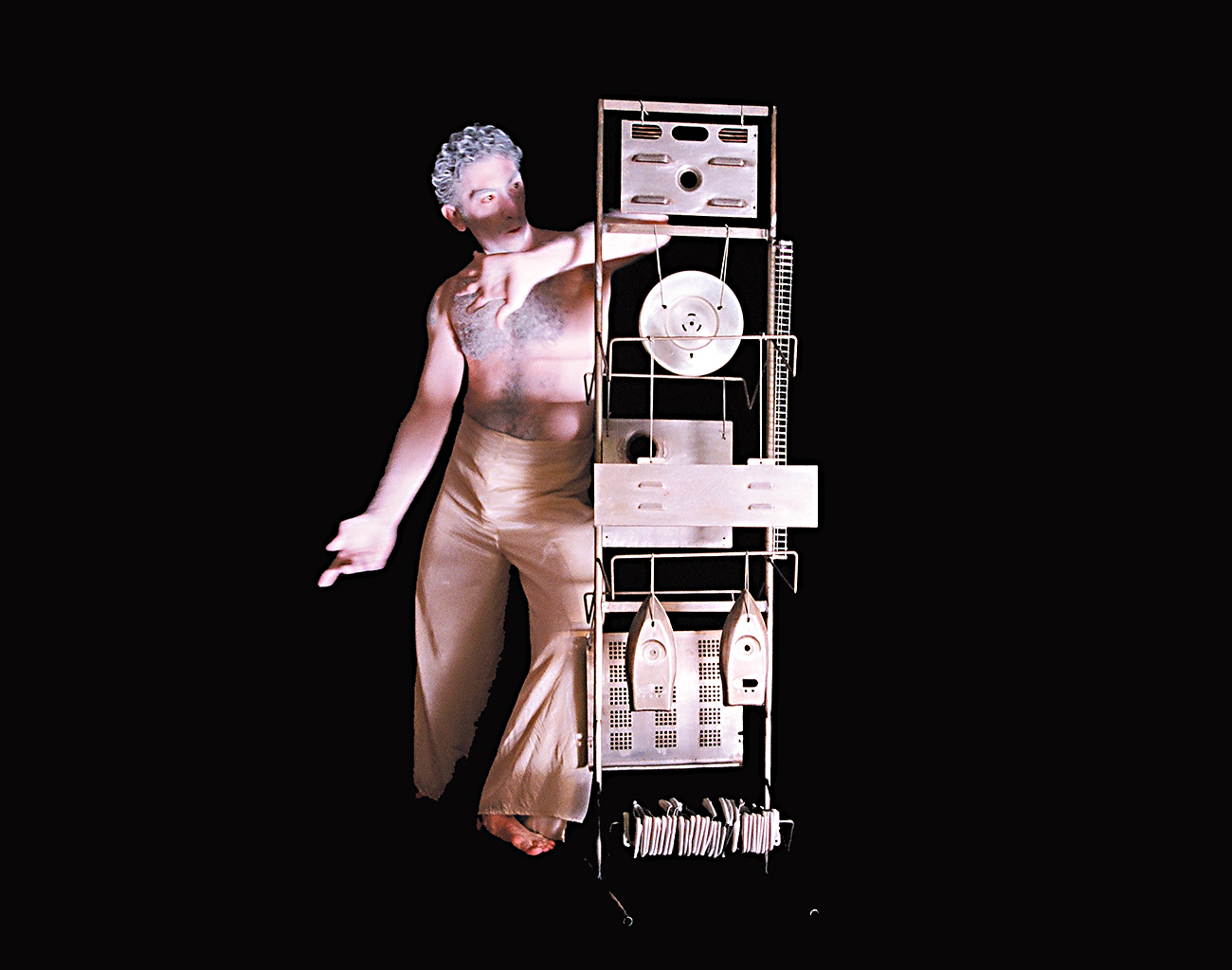 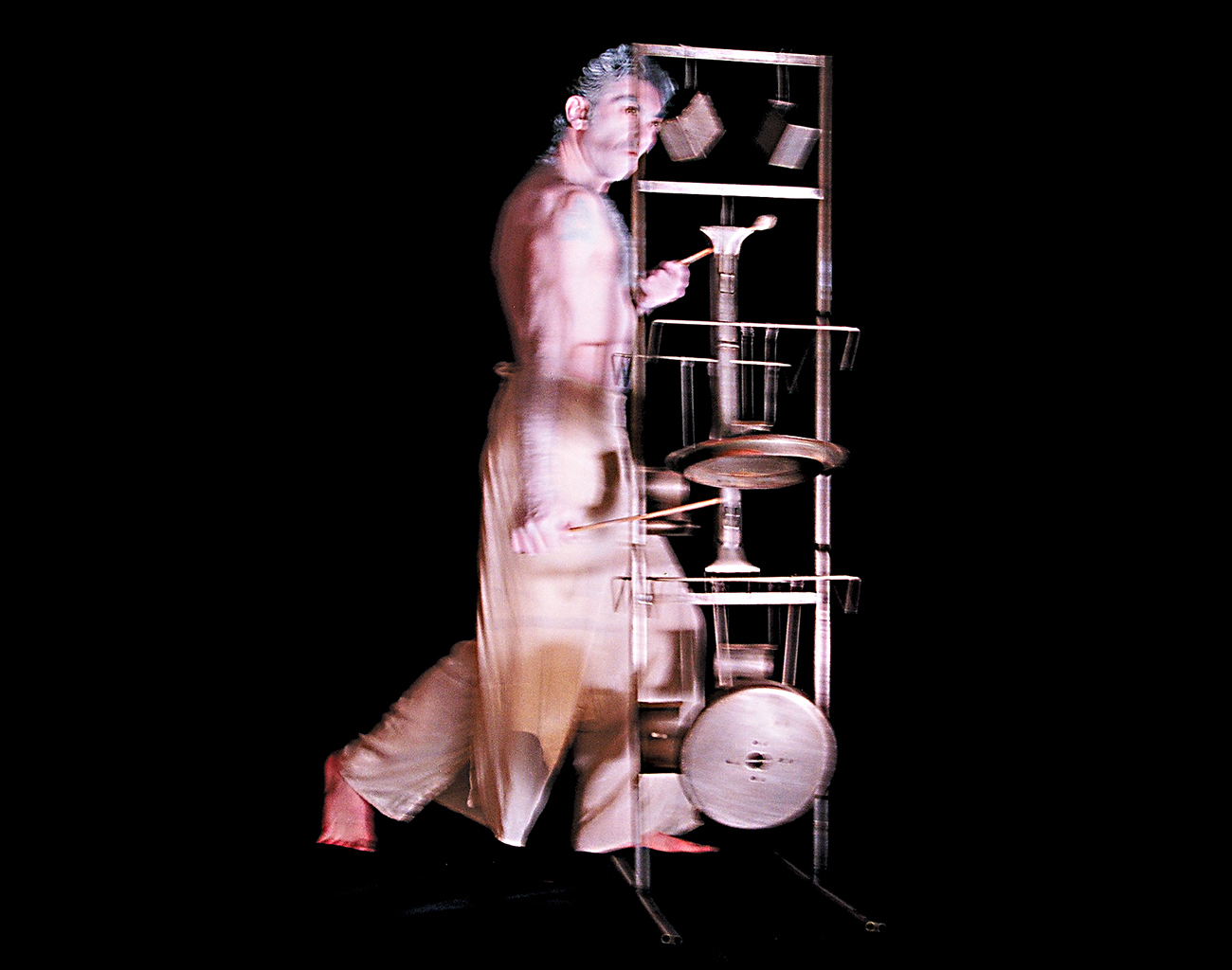 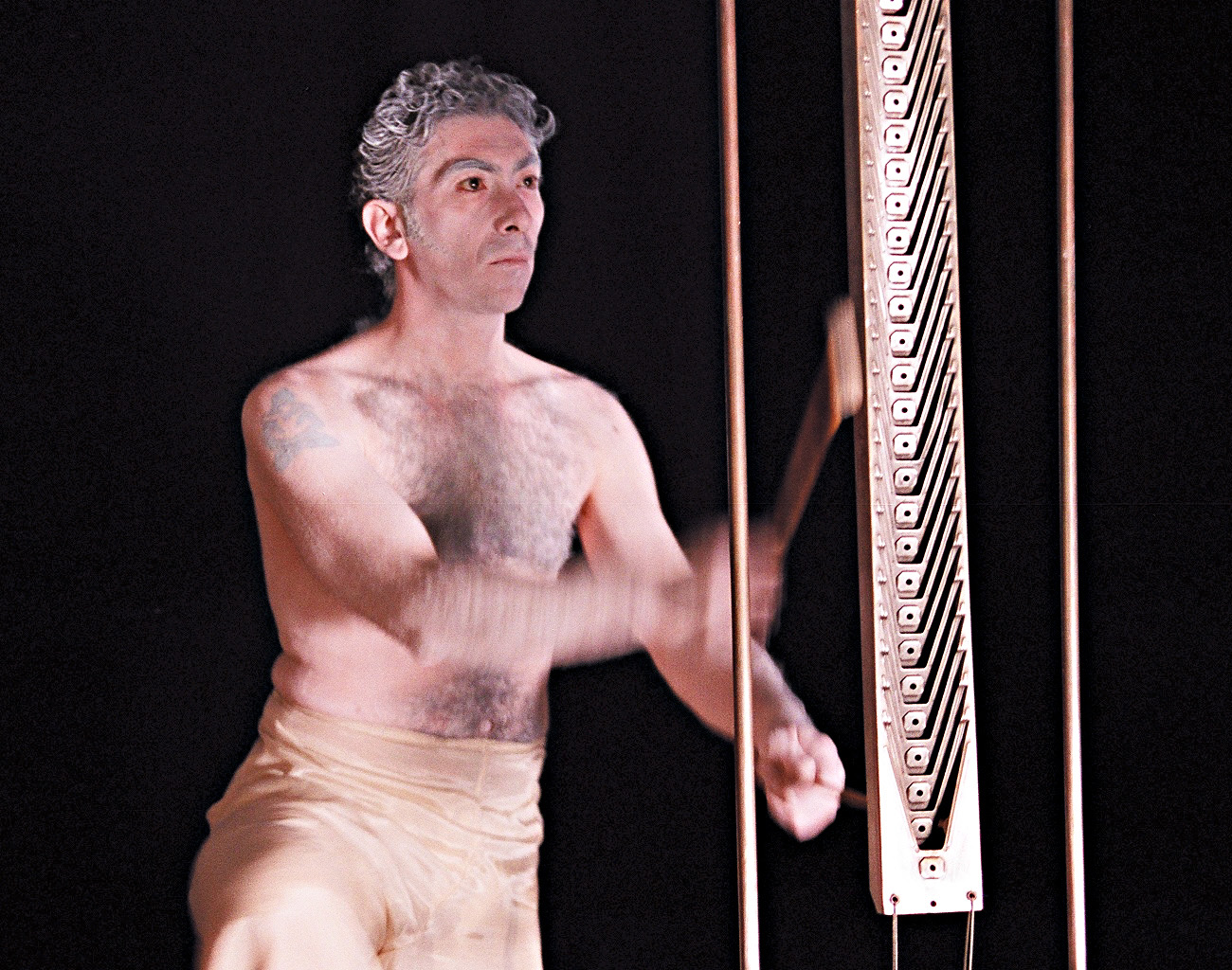